From refugee status to Oxford scholar

I am a political sociologist and the Joyce Pearce Junior Research Fellow, funded by Ockenden International and based at Lady Margaret Hall, in conjunction with the Refugee Studies Centre, which is part of the Department of International Development at the University of Oxford.

In my childhood, my parents and I were forced to flee Turkey to seek asylum in Germany, due to the war and the political persecution of the Kurdish people. In recent years, the Middle East region has experienced unprecedented scales of mass displacement and forced migration, even leading to episodes of genocide and irreversible historical and ecological destruction. From my own personal and academic perspective, I believe that the recurrence of such tragedies can only be tackled in a manner that is compassionate towards affected communities, but critical towards international and local political, cultural, social and economic systems and discourses that perpetuate injustice and violence. My academic work is in this sense strongly motivated by an activist concern for peace and social justice.

My doctoral thesis, which I submitted to the Sociology Department at the University of Cambridge in 2018, analysed Kurdish women’s political subjectivity in the context of large-scale violence to understand gendered processes of self-making and political formations beyond the state project. I conducted ethnographic fieldwork in guerrilla camps and self-proclaimed revolutionary communes across Kurdistan, including autonomous community-run refugee camps. Focusing on women’s social and political struggles, especially in the fight against the so- called Islamic State group, I examined movements’ articulations of autonomy and freedom, and how these inform communities’ political imaginations. I particularly engage with non-Western feminist theories and practices of autonomy, politics, democracy, and liberation, with consideration of intersections between patriarchy, capitalism, the state and colonialism. This research will be published in my forthcoming book The Kurdish Women’s Movement: History, Theory, Practice, available from summer 2021.

My new research focuses on two timely issues around displacement in the Middle East region. The first project considers layers of statelessness and self-determination by focusing on autonomously-run refugee camps in the majority Kurdish regions of Iraq and Syria, and the different ways in which they relate to local self-declared self- governing institutions. What can we learn about democracy beyond the nation- state by looking at alternative practices of self-determination that challenge dominant international structures? Secondly, I am interested in women’s quests for justice in the aftermath of the violence inflicted by the so-called Islamic State group. In general, I am interested in investigating the intersections between state/statelessness, knowledge, and power. My research agenda aims to broaden our understanding of refugeehood, in favour of concrete, just and practical solutions that centre on the self-determination of the dispossessed.

Dr. Dirik is giving a webinar entitled 'Women's Justice-Seeking in the Context of Political Violence' starting at 13:00 on Wednesday the 2nd of December. To register please follow the link below. 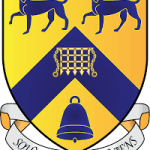 Women's Justice-Seeking in the Context of Political Violence
Ockenden International uses cookies to improve the site user experience.
The assumption is that you're ok with this, but you can opt-out if you wish.AcceptReject Read More
Privacy & Cookies Policy